I recently signed up for up-coming (currently on alpha testing) social network “Diaspora.” Social Networking site Diaspora got its attention from media for it tag line “The open-source, Privacy aware Social Network.” Google+ went public recently on September 2011 where as Diaspora is still in the alpha-invitation only stage. Though there is news that it is going beta soon. Diaspora* first went public (with source code) back in November, 2010 and Google+ went public(beta) in June of 2011.

When Google+ was first released it was praised for it’s twitter-like following + Facebook like adding as friends and better list management with “Circles.” Instead of Circles, Diaspora have “Aspects.” Diaspora has the Hash tag concept like ofÂ  Twitter, integrated inside their network which helps you easily search for a tags of your interest or add some relevant hash tags to your profile. This feature is now also the part of Google+.Â  It is clear that Google+ copied the core concept + UI from Diaspora and made their own product to compete with Facebook.

Diaspora offers a unique app named cubbi.es. Cubbi.es is used to upload image to dropbox without downloading the file to your computer.

Here are some picture of Disapora and Google+. 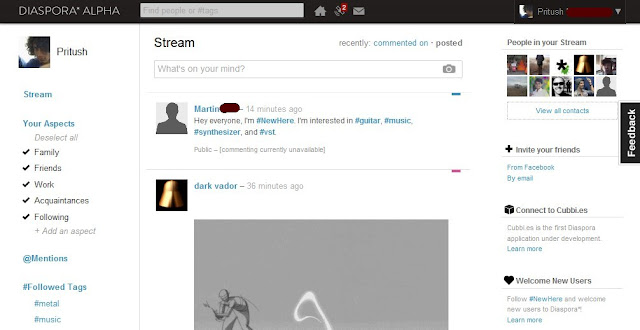 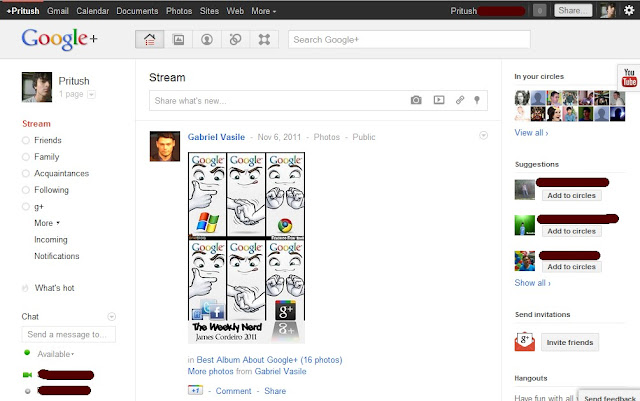 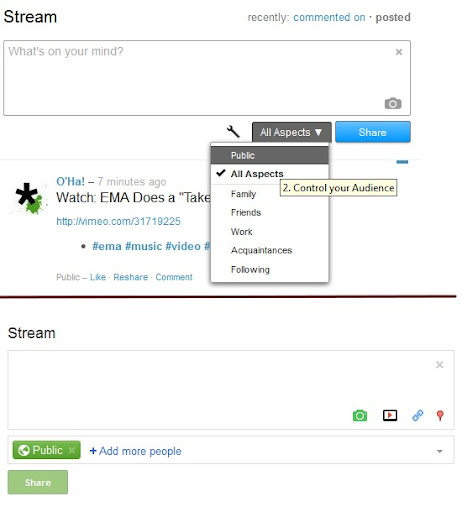 If you want invites for diaspora, leave your email address below as comment.

Sunday Morning Love You – is the new viral song in Nepal

Otushop.com enables sellers to start their online store with ease