Angry Birds is a popular game and need no introduction. Developer Rovio has released the game in 2012 and features new game play in the game. If you are Angry Birds fan this game won’t disappoint you.
Google Play : Angry Birds Space

Another spin-off angry birds release by Rovio, Angry Birds Star Wars mix classic Angry Birds and Star Wars. The game feature additional new game play and birds in the game. Rebel birds, striking from a hidden base, have won their first victory against the evil Imperial Pigs. During the battle, Rebel spies managed to steal secret plans to the Empireâ€™s ultimate weapon, the PIG STAR, and are racing to deliver the plans to the Rebel Birds. Now they need your help! The game will definitely give you hours of game play.
Google Play : Angry Birds Star Wars 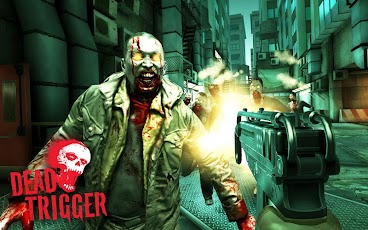 Dead Trigger in the first person shooter game, where you play as a survivor of zombie apocalypse. You are assigned with various missions and kill zombies. The game has stunning graphics and delivers console like experience. To play smooth you may need to buy upgraded weapon through in-app purchase. You can still play without purchasing but will take longer time to do so.
Google Play : Dead Trigger

5. Shadow Gun : Deadzone
Shadow Gun is developed by “Mad finger” the same developer of “Dead Trigger”. Shadow Gun is a multi-player – first person shooter game. The game also feature stunning graphics and has extra effects on Tegra 3 based devices.Â  The game is playable only in multi-player mode but it give full console like experience.
Google Play : Shadow Gun
6. Real Football 2012

Developed by Gameloft, Real Football 2012 is another popular free game. Game play is very similar to paid version of games like EA FIFA , PES etc. The game has decent graphics, excellent control and good response. The game is fun and addictive to play. Playing this game is similar to playing game in console or computer. The game has “stamina” bar at top, as you play the game your stamina goes down because of this you can only play 2 games in 24hr.Â  Gameloaft has also released Real Football 2013 recently but 2012 one better rating.
Google Play : Real Football 2012

The Aliens have arrived! And all they want is your corn! Defend your fields with the old corn chopper and tinkered arsenal to spoil the blue menâ€™s appetite for popcorn! Make Redneck Pops proud and welcome your new friends from outer spaceâ€¦ the Texan way!
Google Play : Farm Invasion USA

Popular game Nun Attack went for free download recently. n the Nun Attack game, you have to lead your squad of nuns to defeat the evil forces of a nun who has turned evil. Nun Attack has 4 characters to choose from, 40 missions to complete, over 80 guns with various effects and 7 different evil-stomping miracles to cast while playing.
Play Store : Nun Attack